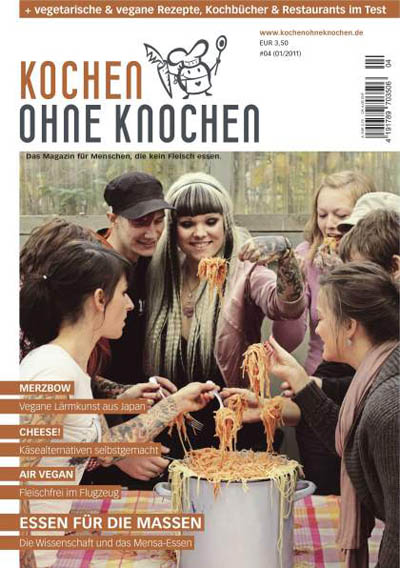 – why/when did you become a vegetarian? any developes towards vegan lifestyle?

It was around 2002, I started raising four bantams, the little ornamental chickens. With this experience as a start, I gradually started to be concerned and care about chickens and all the barn animals I used to eat without giving it a second thought before. So I started reading books and researching on the internet about Animal Rights and that triggered an awareness of “evil” that human society has done. And that’s how I became a Vegan.

– can you tell me about vegetarian culture in japan nowadays and in history?

Vegetarian culture in Japan is widely taken in terms of food culture and health. Japan has a history of brown rice and organic vegetable consumption. But the vegetarian culture nowadays owes a great deal with re-import of Macrobiotic, which originally Yukikazu Sakurazawa (aka George Ohsawa) and Michio Kushi popularized oversea. While it has a large following among the rich, we hardly see any ideas and concepts of Animal Rights at the root of this kind of vegetarian culture. On the other hand in other countries, although Macrobiotic is accepted by also celebrities such as Madonna, still there is culture of Animal Rights as well. That’s the big difference between vegetarian culture in Japan and in other countries.

Going back to ancient times in Japan, influenced by Buddhism, successive emperors were vegetarians in much the same way as Animal Rights activists are. Since 7th century, the emperors would impose frequent orders to prohibit eating meat due to Buddhism teachings “Not to eat meat of the animal”. Since then, the Japanese diet was mainly based on rice. The eating of meat was tabooed and hated until the United States came to open the country in 19th century. They eventually started to force habits of eating meat on people and consequently even the emperor accepted it and became a meat eater. Eating meat became more and more common as the westernization of Japan went on.

– is there a vegan movement, too?

There’s no really a movement, except very few individuals and NPOs who have been working to advocate Vegan and Animal Rights.

– are vegetarians established or is it more like a subculture? is it connected with political positions?

As I mentioned, vegetarians are established as food culture but not so much in a political sense such as Animal Rights.
Anti whaling campaign by Greenpeace, and ‘The Cove’ a documentary film about dolphin hunting in Japan have been hot topics these years. Although these issues have caused controversy to question the need for commercial whaling which is being carried out by the Japanese government as a national policy, they have not discussed the problem of whaling as Vegetarian or Animal Rights issues. In other words, for most Japanese the whaling issue is nothing more than a matter of nationalism. But it never comes down to a fundamental question over Vegetarians or Animal Rights.

– can you tell me about your book? what’s it all about? why did you write it? how are the feedbacks? any chances/plans for english or german or other translations and releases?

I published a book called “Watashi no Saishokuseikatsu” (Cruelty Free Life) in 2005. It is about why I became a Vegan, my everyday life with animals, relationship with the animals and my work as a musician, basic background knowledge about Vegan and Animal Rights, recipes for Vegan dishes. It also talks about the history of the prohibition of eating meat in Japan. No release plans for overseas at the moment.

-you are active for animal rights- in which way? can you tell about animal shelter in japan? what are your personal aims?

So far I have participated in demonstrations or protest activities held by PETA and ARC (Animal Rights Center), an animal rights group in Japan. I think it is important to promote thoughts and ideas of Animal Rights and Vegan through my musical activities. For this I have not only released my works on the subject but also put leaflets regarding Animal Rights into mail-order packages, or put PETA stickers on my equipments.

I don’t really know about animal shelters in Japan in detail but I assume there are some individuals and small-scale NPOs to take care for mainly cats and dogs.

Currently I have bantams, fantails pigeons, Ukokkei fowls (silky fowl) and duck. Some of them were brought in from hospitals and other activists.
They are domestic poultry as well as ornamental birds. I keep them in a pergola. They are part of my family. While I’m away on tour, my family takes care of them.

-in what kind your arts are connected with animals (f e the bird serials or cds which have some animal shelter topics (i have the one about whaling…and on a lot of the covers are animals, right? is this concept? i found out: (my) children love the merzbow covers, like “merzbeat” or “dolphin sonar” or the one with the wulf…)

All the arts I have done since I became a Vegan have to do with animals. In other words, my creative activities are a part of Vegan-Animal Rights activities as well. From the standpoint of a Vegan, I also promote antismoking campaign as in concert venues are made into completely smoke-free and alert people not to smoke while walking.